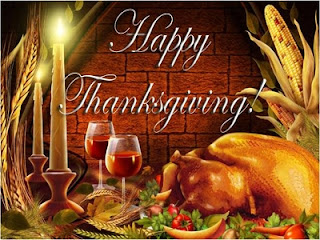 Hi Sweet Samplers!  Next Thursday is Thanksgiving here in the US. India, the heroine of my upcoming romantic comedy, Afterglow, is a kindergarten teacher who loves holidays. Her divorce , though, has changed Thanksgiving forever. Here's a bit about the holiday:


Tom called two days before Thanksgiving. “It’s going to be strange,” he said. “not doing the whole family turkey thing. I’m going to miss your turkey.”
I reminded him that he was doing the whole turkey thing. Marissa was coming from Providence. Allie and Liz were coming. I was the one who wouldn’t be doing the whole turkey thing.
Mitch would be working a double shift on Thanksgiving so that the other ER doctor could spend the day with his wife and three children. “It’s just another day,” was Mitch’s take on it. I didn’t agree with his no big deal attitude toward the holiday. It seemed a big deal, maybe because I’d never spent a major holiday alone before.
“I’m sure Sasha will do just fine,” I said to Tom now. I didn’t even choke on her name. I had Mitch, after all, who would come by after his shift ended. I had Mitch, and Tom could have turkey and Sasha and his mother. He could even have the company of Allie and Liz. It would all turn out for the best. I wished the best for Tom.
Well, okay, I didn’t really wish the best for him. Though I might like to be, I’m not that magnanimous. It would probably be a disaster and that would serve him right. I imagined the still frozen turkey that Sasha had forgotten to thaw, and burnt potatoes and undercooked squash.
“We’re having it catered,” Tom said.
“How nice,” I said. I changed the imaginary scenario to Sasha dropping the pre-cooked turkey on the floor and Marissa smiling tightly while sipping her third gin and tonic and Allie introducing all of them to her girlfriend, Liz.
“Would you,” Tom was saying as I pictured Marissa, three gin and tonics to the wind, winding her grandmotherly pearls in her fist while a large gravy stain grew on the plush beige carpet.

Afterglow is coming in January.

India Othmar isn’t having a great year. Her husband of thirty-one years has left her for their son’s ex-girlfriend. Her grown children have moved home. Her best friend Eva seems determined to set her up with every oddball in their small Massachusetts town. And her most significant relationship these days is with Cherry Garcia.

But India is more resilient than she thinks. And though it will take a broken arm, a lawn littered with engine parts, some creative uses for shoes, and a scandalous love affair of her own, she learns, much to her surprise, that her life hasn’t ended with her marriage. 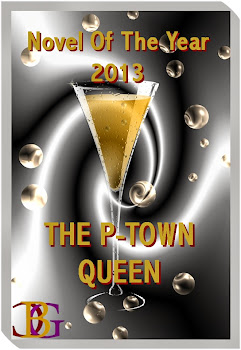